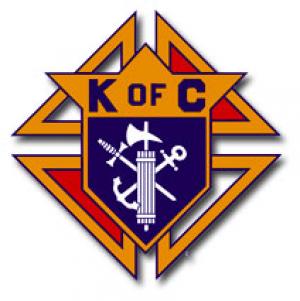 Born in Gary, Indiana to Jim & Ellajean Thomas, Robert was a sweet and loving boy. Robert was fiercely passionate about running from a young age, and dedicated his life to his pursuit of coaching, teaching and his family.

After graduating from Portage High School in 1970, Bob took his gifted running talents and continued his education at Indiana State University (ISU) where he met his wife Roberta DuCharme in 1973. While attending Indiana State University, Robert set 2 ISU track and field records in the steeplechase event that was held respectively for 5 and 7 years.  After college, Robert married the love of his life Roberta in December of 1974.  Robert landed his first job as an industrial art teacher the same year at Lowell Senior High School and went on to coach boys/girls cross country, boys/girls track and field and boy’s golf.  Robert and Roberta went on to have 2 boys, Ryan and Nathan, who still reside in Indiana today.  Ryan followed his passion of mechanics and became a heavy equipment operator for the Local 150 Operators Union while Nathan followed in his father’s footsteps and became an educator as a Jr. High social studies teacher in Beecher, IL. Robert always put family first and was a dedicated father and husband.

Robert was a strong, kind, loving, and supportive father. His knowledge and guidance were the foundation of his family and community.

Robert was also a passionate woodworker, golfer, and wood carving enthusiast. He spent most of his retirement working in his yard with Roberta, wood carving, completing various projects, and actively participating in his local Catholic church as a 3rd degree member of the Knights of Columbus. Robert also volunteered a lot of his time at the Queen of Peace Monastery as well as serving as an usher at Immaculate Conception Catholic Church.  Robert was predeceased in death by his mother and father, brother Jimmy Thomas, and sister Pat Lawson and leaves behind his wife of 46 years Roberta Thomas, sons and daughters in-law Ryan and Stephanie Thomas, Nathan and Megan Thomas, grandchildren Paige Thomas, Hannah Thomas, Owen Thomas and Paxson Thomas and two great grandsons Adrian and Michael.

The Mass of Christian Burial be held at 11 o’clock Saturday, July 31, 2021, at Immaculate Conception Catholic Church, 1024 W. Main St, Forest City, North Carolina, celebrated by the Reverend Father Herbert Burke and Deacon Andy Cilone. The family requests, in lieu of flowers, donations can be made to Hospice of the Carolina Foothills, 374 Hudlow Rd, Forest City, NC 28043.

The Padgett & King Mortuary & Crematory is serving the Thomas family.  Online condolences may be made at www.padgettking.com

To send flowers to the family or plant a tree in memory of Robert John Thomas, please visit our floral store.