Share a memory
Obituary & Services
Tribute Wall
Read more about the life story of Jerry and share your memory. 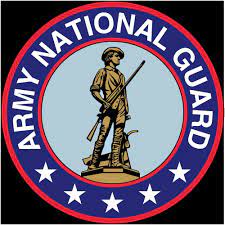 Robert Gerald “Jerry” Byers, 80, peacefully entered the presence of his Lord and Savior Jesus Christ on Tuesday, January 17, 2023, at Fairhaven Home in Bostic.

Jerry was born in Rutherfordton on August 27, 1942, to Gertrude Sisk Byers and Marvin Hampton Byers, the youngest of five children. Like the rest of his siblings, he learned very early in life the importance of hard work and integrity. These early life lessons reflected throughout his life in his work ethic, focus on family, and helping others.  Jerry graduated a proud RS Central Hilltopper (Class of 1960) and continued his education at Western Carolina University where he received his Bachelor of Science Degree in Biology (Class of 1964). He was a member of Theta Xi Fraternity where he made lifelong friends.

As a young man, Jerry made his own way in life, but benefitted from a supporting family.  Willia Mae, his oldest sister, and her husband Stanley helped enable his early success as he would live with them every summer during his college years. Jerry worked hard in those summers and saved every penny. Willia Mae saw to it.  Jerry enjoyed and had success on the football and baseball fields at RS Central and Western Carolina. This translated to success in the next challenges in his young adult life as a member of the Army National Guard and in the start of his career in textiles. Jerry had a fulfilling career in textile manufacturing of over 40 years at Spindale Mills, Stonecutter Mills, Marion Manufacturing, Mastercraft, and Hamrick Mills

As many in textile manufacturing can attest, a textile mill rarely sleeps and a six-day work week was the standard for many years. Jerry had unyielding respect for anyone working to provide for their family and themselves by the sweat of their brow. Despite the amount of time Jerry spent in a textile mill, his co-workers were known to him more as part of the community they shared than the place they worked. Early in his career at Spindale Mills, as a member of the Rotary and Kiwanis Clubs, his appreciation for valuing and investing in his community grew.

Jerry showed what he valued and his priorities in how he spent the time he was given. He valued helping people. From his actions as a member of Second Baptist Church, generosity to friends and family, and support of others in need, Jerry’s desire to support and uplift his fellow man were often quietly done and not evident to many. He loved working with young people and mentoring them. Once retired, he focused time towards helping young people. Jerry served as a mentor with the McNair Educational Foundation for over 10 years where he helped guide dozens of young people towards early success in life. After all, he had been in their position as a young man. He had benefitted from advocates himself and hoped to ease their way.

His church family was a steady source of strength and joy to him. Jerry served Second Baptist Church for over 60 years, and was always eager to go where called, whether at home or around the globe. Over the years, he served in numerous capacities: deacon, usher, choir member, Sunday School teacher, bible study leader, moderator, and held positions on many committees. He found great satisfaction in mission and hurricane relief trips to Russia, India, New York, Gulfport, and Goldsboro. Jerry was gearing up for another international mission trip when his health declined.

When he could watch or attend, few things gave Jerry more pleasure than a UNC Tar Heel sporting event. Only the post-game analysis of Tar Heel Basketball with friends and family may have rivaled his joy for a game. Although basketball and football games were high points, he did not discriminate in his zeal for any UNC sports team. Proud to have his daughter, Crystal, and his granddaughter, Lindsay, attend UNC, Carolina Blue was Jerry’s favorite color.

Jerry valued his family and friends above all, next to his faith. Jerry worked hard throughout his life to see his family wanted for nothing of consequence. More importantly, they each knew they had his love and unwavering support. He is survived by his wife of 54 years, Dianne (Earley) Byers, daughter Crystal Byers Garner (Randy) of San Diego, California, grandchildren, Lindsay and Robert Garner, brother, Charles “Bud” Byers (Melba) of Ellenboro, and sister, Ruby Byers Bright of Rutherfordton. He was predeceased by his parents, his sister, Willia Mae Byers Cooper, and his brother, William “Jim” Byers.

The family would like to thank the McKeithan Family and the wonderful staff at Fairhaven Home for their kindness and care of Jerry during this past month.

There will be a celebration of life service at 2 o’clock on Saturday, January 21, 2023, at Second Baptist Church in Rutherfordton with the Reverend Dr. Keith Stephenson officiating. Interment will follow in the Eternal Hills Memorial Park. The family will receive friends from 1 until 2 o’clock Saturday in the sanctuary of the church.

In lieu of flowers, the family requests memorials be made to Second Baptist Church, 191 Green Street, Rutherfordton, North Carolina 28139.

The Padgett and King Mortuary is in charge of arrangements and an online guest registry is available at www.padgettking.com 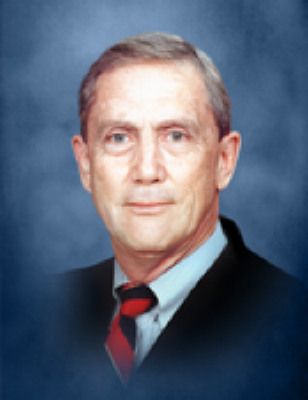