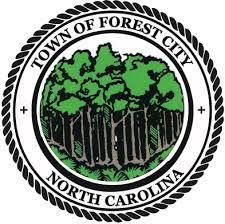 Charles Edwin Butler, age 91 of Forest City died Wednesday, March 16, 2022, at Rutherford Regional Medical Center.  He was born June 22, 1930, in Rutherford County and was a son of the late Fate and Sadie Ruth Smith Butler.   Charles was a faithful member of Florence Baptist Church, a place that was very dear to him.  He was also a graduate of Cool Springs High School.

Charles began his career with the Town of Forest City where he started as a reader in the Meter Department and later the Electric Department.  He rose to many roles of leadership within the city government including Building Inspector, Assistant City manager and finally as City Manager, a post he held until retirement.  Charlie, as he was known to his many friends was a lifelong supporter of his beloved Forest City and following retirement, he was elected Mayor and served in the position from 1987 until 1995.   His hobbies included collecting long playing records and he spent many hours listing to them from the collection he had.

Charles also served as a volunteer fireman with the Forest City Fire Department and honorably served in the United States Air Force.

He was preceded in death by his wife, Betty Whitaker Butler in 2006, a sister, Anne Butler, and brothers, Max, Joe, Bobby, and Jacob Butler.

Survivors include his daughter, Donna Lynn Butler Brantley and her husband Alan of Forest City, brother, Steve Butler and wife Wanda of Mooresboro, and several nieces and nephews.

A service from the graveside will be held at 11 o’clock Friday, March 18, 2022, in the Cool Springs Cemetery with the Reverend Eric Yelton officiating.  The family will receive friends at the cemetery following the service.

He will lie in repose at The Padgett and King Mortuary from 2 until 4 o’clock Thursday afternoon for those wishing to view and pay their respects.

To send flowers to the family or plant a tree in memory of Charles E. Butler, please visit our floral store.

You can still show your support by sending flowers directly to the family, or by planting a memorial tree in the memory of Charles E. Butler
Share a memory
© 2022 The Padgett & King Mortuary & Crematory. All Rights Reserved. Funeral Home website by CFS & TA | Terms of Use | Privacy Policy | Accessibility